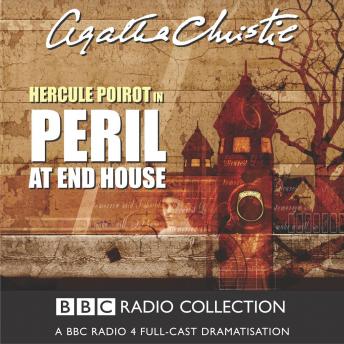 Hercule Poirot and his good friend Captain Hastings are enjoying a well-deserved break on the Cornish Riviera. Wandering along the terrace of the Hotel Majestic on the first morning of their stay, Poirot literally falls at the feet of a pretty, dark-haired girl and, much to Hastings' delight, insists that she join them for a cocktail. The girl is Nick Buckley, last in a long line of Buckleys to live at End House, an isolated old place perched on the end of a rocky outcrop. As she chats to them, Poirot's ears prick up - Nick mentions that she has had several near-fatal accidents in the past few days. First the brakes on her car failed, then as she was going down to the beach to bathe, a boulder came crashing downhill, just missing her. To Poirot, that is more than coincidence. And when Nick jerks away from a passing bee that turns out to be a bullet, he knows there is work ahead for his little grey cells. The perpetrator of these 'accidents' may well be endlessly inventive and diabolically clever, but is he or she a match for the meticulous M. Poirot? This full-cast dramatisation of Agatha Christie's absorbing mystery stars John Moffatt as Hercule Poirot, with Simon Williams, Gemma Saunders and Suzanna Hamilton.