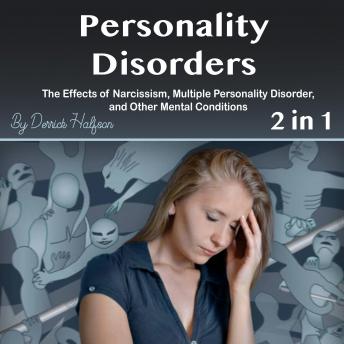 The following topics are included in this 3-book combo:

Book 1: Have you ever wondered what the difference is between Bipolar Disorder and narcissism?

If you have, this book is perfect for you. The two disorders are elaborately described and summarized. Symptoms, causes, and solutions are provided. For example, you will learn more about the behavior of individuals who have such disorders, as well as an in-depth train of thought about narcissism in general, and society’s impact on the disorder today.

Book 2: Some disorders are interesting or a little difficult to handle. Others are downright scary. In this book, you will learn about both: The less threatening ones and the psychopathic ones that increase the risk of criminal activity.

Some disorders you will find in this book are:

Each of these will be explained and discussed, as well as treatments, their origin, or the symptoms one might face.

Are you curious yet? Then go ahead and get started.