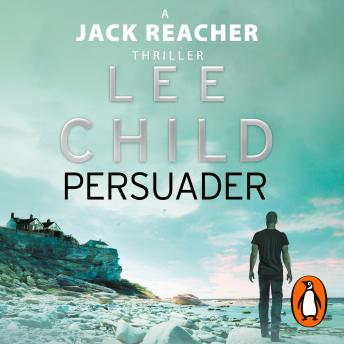 Featuring Jack Reacher, hero of the blockbuster movie starring Tom Cruise, in his most explosive adventure yet.

Jack Reacher lives for the moment. Without a home. Without commitment. But he has a burning desire to right wrongs - and rewrite his own agonizing past.

When Reacher witnesses a brutal kidnap attempt, he takes the law into his own hands. But a cop dies. Has Reacher lost his sense of right and wrong?

Although the Jack Reacher novels can be read in any order, Persuader is seventh in the series.

And be sure not to miss Reacher's newest adventure, no.26, Better off Dead!