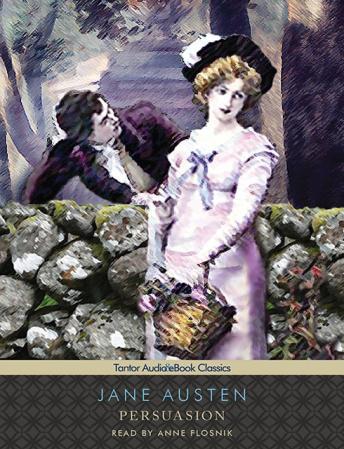 Jane Austen's final novel is the story of Anne Elliot, a woman who gets a second chance. As a teenager she becomes engaged to a man who seems perfect for her, Frederick Wentworth. But she is persuaded to break the engagement off by her friend Lady Russell, who believes that he is too poor to be a suitable match. The episode plunges Anne into a period of bleak disappointment.

Eight years later, Frederick returns from the Napoleonic Wars flushed with success. Anne's circumstances have also changed; her father's spendthrift ways mean he has been forced to lease the family home to a naval family. Will Anne and Frederick rediscover their love? Can their changed fortunes inhibit their feelings? Persuasion is a story of self-knowledge and personal regeneration, of social change and emotional politics. It is Austen's most mature work, and also her most wickedly satirical.