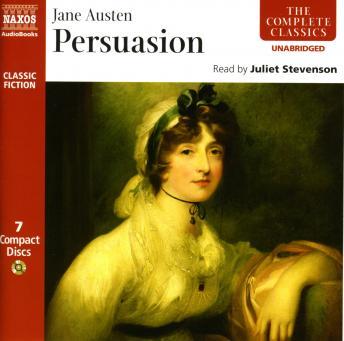 Anne Elliot has grieved for seven years over the loss of her first and only love, Captain Frederick Wentworth. When their paths finally cross again, Anne finds herself slighted and all traces of their former intimacy gone. As the pair continue to share the same social circle, dramatic events in Lyme Regis, and later in Bath, conspire to unravel the knots of deceit and misunderstanding in this beguiling and gently comic story of love and fidelity. Juliet Stevenson reads this unabridged recording with her customary clarity and particular understanding for the words and world of Jane Austen.