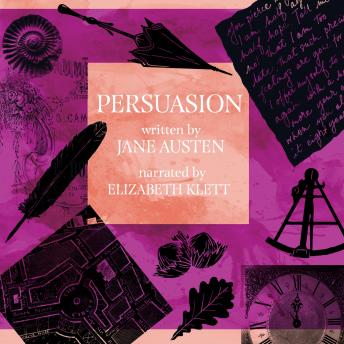 As the Napoleonic Wars come to an end in 1814, Admirals and Captains of the Royal Navy are put ashore, their work done. Anne Elliot meets Captain Frederick Wentworth after seven years, by the chance of his sister and brother-in-law renting her father's estate, while she stays for a few months with her married sister, living nearby. They fell in love the first time, but she broke off the engagement.
Persuasion is Jane Austen's last completed novel, published posthumously. In many respects, Persuasion marks a break with Austen's previous works, both in the more biting, even irritable satire directed at some of the novel's characters and in the regretful, resigned outlook of its otherwise admirable heroine, Anne Elliot, in the first part of the story. Against this is set the energy and appeal of the Royal Navy, which symbolises for Anne and the reader the possibility of a more outgoing, engaged, and fulfilling life, and it is this worldview which triumphs for the most part at the end of the novel.