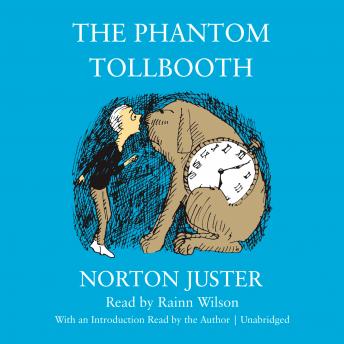 Hailed as 'a classic. . . . humorous, full of warmth and real invention' (The New Yorker), this beloved story--first published more than fifty ago--introduces readers to Milo and his adventures in the Lands Beyond.

For Milo, everything's a bore. When a tollbooth mysteriously appears in his room, he drives through only because he's got nothing better to do. But on the other side, things seem different. Milo visits the Island of Conclusions (you get there by jumping), learns about time from a ticking watchdog named Tock, and even embarks on a quest to rescue Rhyme and Reason! Somewhere along the way, Milo realizes something astonishing. Life is far from dull. In fact, it's exciting beyond his wildest dreams. . . .

'I read [The Phantom Tollbooth] first when I was ten. I still have the book report I wrote, which began 'This is the best book ever.'' --The New York Times

'The Phantom Tollbooth is the closest thing we have to a modern Alice in Wonderland.' --The Guardian

'You loved the humor and adventure . . . and [now] you'll marvel at [the book's] wit, complexity, and its understanding of how children perceive the passage of time.' --Entertainment Weekly