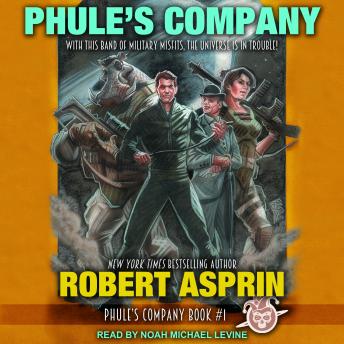 After being court-martialed by the Space Legion for ordering the strafing of a treaty-signing ceremony, multimillionaire Willard Phule receives his punishment: He must command the misfit Omega Company on Haskin's Planet, a mining settlement on the edge of settled space. At his duty station, he leverages his personal money and a knack for managing people to get the company to come together as a unit.

Phule convinces the governor to leave the contract for an honorary duty up for competition between the Space Legionnaires and the Regular Army. The Army sends some of their most elite troops to take part in the competition, but Phule's company operates with their own unique tactics . . .