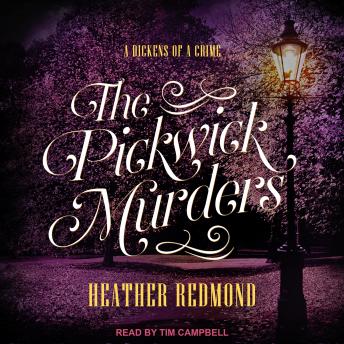 In this latest reimagining of Dickens as an amateur sleuth, Charles is tossed into Newgate Prison on a murder charge, and his fiancee Kate Hogarth must clear his name . . .

London, January 1836: Just weeks before the release of his first book, Charles is intrigued by an invitation to join the exclusive Lightning Club. But his initiation in a basement maze takes a wicked turn when he stumbles upon the corpse of Samuel Pickwick, the club's president. With the victim's blood literally on his hands, Charles is locked away in notorious Newgate Prison.

Now it's up to Kate to keep her framed fiance from the hangman's noose. To solve this labyrinthine mystery, she is forced to puzzle her way through a fiendish series of baffling riddles sent to her in anonymous poison pen letters. With the help of family and friends, she must keep her wits about her to corner the real killer-before time runs out and Charles Dickens meets a dead end . . .