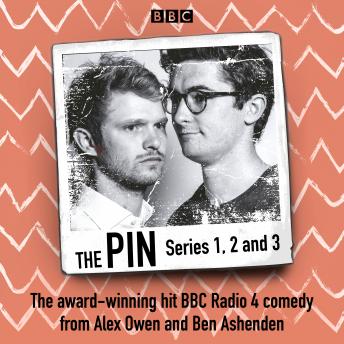 Join Alex and Ben - aka The Pin - in their weird twist on the double-act sketch show.

The Pin are a multi-award-winning comedy duo with a unique brand of self-reflexive comedy. Performed in front of a live studio audience, their sketches exist somewhere between razor-sharp smartness and joyous silliness. Expect sketches, commentary on the sketches, subtext, rewinds and replays until the line between the performance and critique blurs to hilarious effect.

‘One of the smartest, punchiest new comedy duos to have appeared in a while...had me laughing out loud on my own in an empty room’ The Guardian