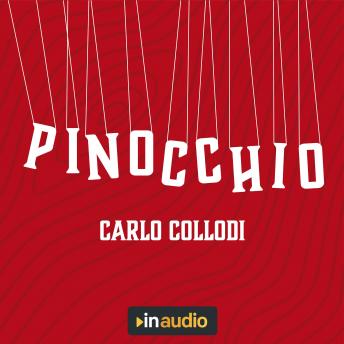 When the gentle woodcarver Geppetto (Christian Rub) builds a marionette to be his substitute son, a benevolent fairy brings the toy to life. The puppet, named Pinocchio, is not yet a human boy. He must earn the right to be real by proving that he is brave, truthful, and unselfish. But, even with the help of Jiminy, a cricket who the fairy assigns to be Pinocchio's conscience, the marionette goes astray. He joins a puppet show instead of going to school, he lies instead of telling the truth, and he travels to Pleasure Island instead of going straight home. Yet, when Pinocchio discovers that a whale has swallowed Geppetto, the puppet single-mindedly journeys into the ocean and selflessly risks his life to save his father, thereby displaying that he deserves to be a real boy. Come along and listen to the adventures of Pinocchio in this classic American story.

Carlo Lorenzini was born in Italy on November 24, 1826, but as a writer, he used the pseudonym Carlo Collodi. The Adventures of Pinocchio was first published in 1880 as a magazine serial. During the unification of Italy, Collodi wrote political satires. After the unification in 1875, he translated fairy tales of Charles Perrault and published his first story, Giannettino, in 1876. He died on October 26, 1890.