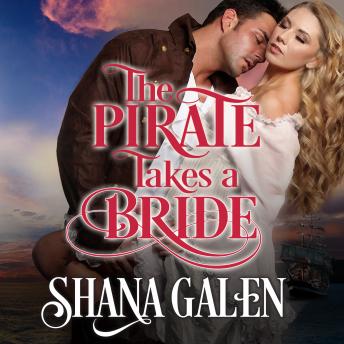 The Pirate Takes A Bride

Ashley Brittany is living a nightmare. She's been mistakenly married to the one man she despises. Months ago, Lord Nicholas took her virtue then scorned her. Now, Ashley will do anything to have her revenge . . . anything but expose her ugly secret.

Nick Martingale has a secret, too: he's Captain Robin Hood, a pirate with a fearsome reputation. But when Nick learns his archenemy, the Barbary pirate Yussef, attacked innocents Nick has sworn to protect, he can think of nothing but vengeance. Only one person stands in his way: his wife.