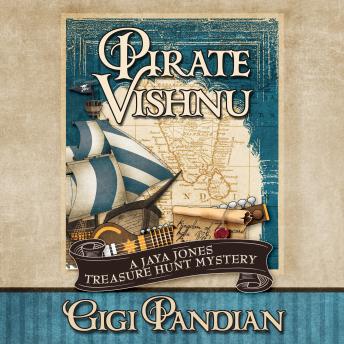 1906. Shortly before the Great San Francisco Earthquake, Pirate Vishnu strikes the San Francisco Bay. An ancestor of Jaya's who came to the U.S. from India draws a treasure map . . .

Present Day. Over a century later, the cryptic treasure map remains undeciphered. From San Francisco to the southern tip of India, Jaya pieces together her ancestor's secrets, maneuvers a complicated love life she didn't count on, and puts herself in the path of a killer to restore a revered treasure.