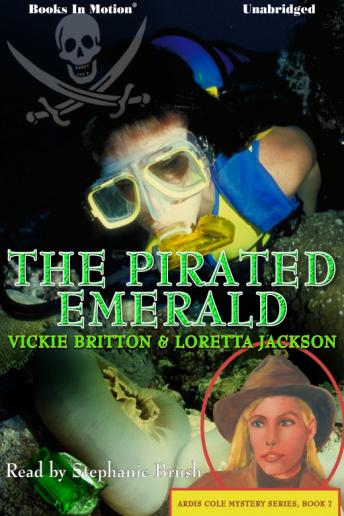 When Ardis Cole's colleague, Red Michels, meets with a fatal accident, she volunteers to take over his project. Ardis flies to Galveston, Texas, where in 1858 the old clipper ship, The Fortune, wrecked in a hurricane. Known to be aboard the sunken ship is a fabulous gem--the Sea Star Emerald--once stolen by the infamous pirate, Jean Lafitte. Ardis soon discovers that modern-day treasure hunters are determined to beat her to the jewel. After Ardis retrieves the gem from the ocean depths, the Sea Star Emerald is pirated again! This time Ardis finds herself accused of the theft. With time running out, hounded by a relentless sheriff, she must face a vicious killer in order to prove her innocence....

This title is due for release on October 15, 2011
We'll send you an email as soon as it is available!