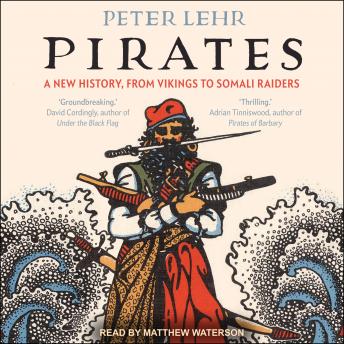 Pirates: A New History, from Vikings to Somali Raiders

In the twenty-first century piracy has regained a central place in Western culture, thanks to a surprising combination of Johnny Depp and the Pirates of the Caribbean franchise as well as the dramatic rise of modern-day piracy around Somalia and the Horn of Africa.

In this global history of the phenomenon, maritime terrorism and piracy expert Peter Lehr casts fresh light on pirates. Ranging from the Vikings and Wako pirates in the Middle Ages to modern day Somali pirates, Lehr delves deep into what motivates pirates and how they operate. He also illuminates the state's role in the development of piracy throughout history: from privateers sanctioned by Queen Elizabeth to pirates operating off the coast of Africa taking the law into their own hands. After exploring the structural failures which create fertile ground for pirate activities, Lehr evaluates the success of counter-piracy efforts-and the reasons behind its failures.

Pirates: A New History, from Vikings to Somali Raiders