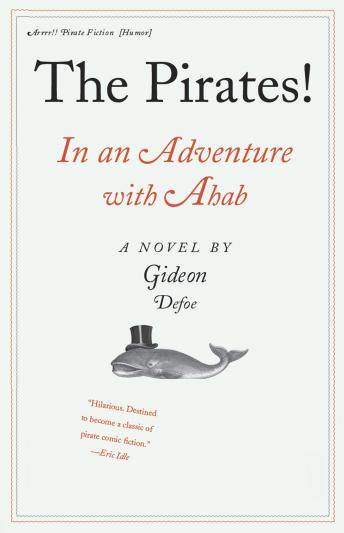 The Pirates! In an Adventure with Ahab: A Novel

They’re back!!! The Pirate Captain and his irascible crew of scoundrels return in their soggiest saga yet.Fresh from their mishaps with Charles Darwin and the evil Bishop of Oxford, the Pirates set sail in a bouncy new vessel——purchased on credit. In order to repay his debts, the Pirate Captain is determined to capture the enigmatic White Whale, hunted by the notoriously moody Ahab, who has promised a reward.Chaos ensues, featuring the lascivious Cutlass Liz, the world’s most dangerous mosquito, an excerpt from the Pirate Captain’s novel in progress (a bodice ripper, of course), whale ventriloquism, practical lessons in whale painting, a shanty-singing contest in a Las Vegas casino, and a dra-matic climax in which the Pirate Captain’s prize ham saves the day!Move over, Herman Melville.

Pirates! In an Adventure with Ahab: A Novel