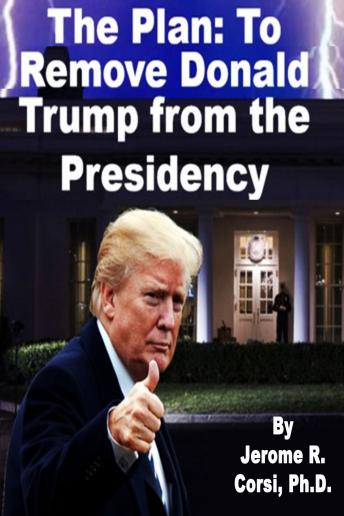 The Plan to Remove Donald Trump from the Presidency

Many who listen to this audiobook will dismiss it as fiction. But a few will recognize that every word here is true. This may be one of the last books written under the U.S. Constitution and the grant of freedoms were given under the First Amendment, including both freedom of religion and freedom of speech. In future generations, this book will be suppressed if the forces of darkness succeed with their plan to destroy the United States as we have known it since 1776. I am going to lay out the plan in the first chapter. Subsequent chapters will provide supporting evidence for the claims made in the first chapter. I have decided to keep this book short such that it can be listen to in a few hours. For this reason, much of the supporting documentation will be abbreviated, with some material mentioned only by reference to other published works. All I ask of you is to listen with an open mind. At worst, you will have the experience of listening to a concept for a novel, or a movie. Those who understand will experience fear, especially if it is listened to by those who have launched the Satanic plan described in these pages. But I vouch that every word I speak here will be true and fully verifiable, but most likely only in retrospect - after the events I describe herein have taken place. I wrote this book in the firm belief that we can prevent these events from happening. But a people who have abandoned God will only screech in derision when reading these words, realizing only too late their delusions.