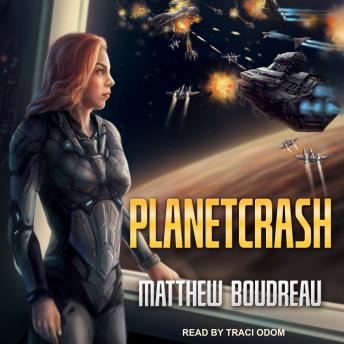 Emily is juggling college with the opening up of a new server for the space battle game PlanetCrash. Not only is the game itself exciting but there is a way to make money from it. Despite loving the role of a marine, able to take on a variety of enemies, from space pirates to aliens, Emily finds that her new group of teammates are leading her into dubious moral territory.

It's one thing to make some money at the cost of massive corporations and banks, but quite another to benefit from cheating other players. And that's what her new team plan to do. As Emily gets deeper and deeper into PlanetCrash, she has to face up to major moral choices and having decided to forgo wealth in favor of honesty, she then has to find a way to stop her former friends from ruining thousands of players.