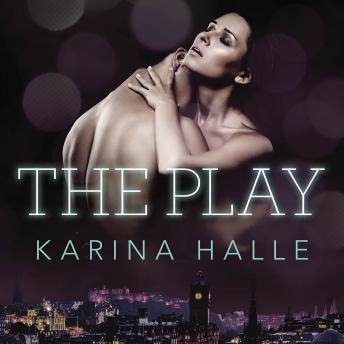 Kayla Moore has always been comfortable with her feisty, man-eating reputation. At least it was fine until she hit her thirties and saw her best friends Stephanie and Nicola settle down with Linden and Bram McGregor, leaving Kayla as the odd one out. Tired of being the third wheel with nothing but one-night stands and dead-end dates in San Francisco, Kayla decides to take a vow of celibacy and put men on the back burner. But she finds herself wavering the moment she lays her eyes on Linden and Bram's cousin, hot Scot Lachlan McGregor. With a steely gaze and successful rugby career back in Edinburgh, Lachlan is the kind of man that makes her want to throw her vow right out the window.

It isn't until the two of them are thrown together one long, unforgettable night that Kayla realizes that there is so much more to this brooding macho man than what meets the eye. But even with sparks flying between the two, Lachlan can't stay in America forever. Now, Kayla has to decide whether to uproot her whole life and chance it all on someone she barely knows or risk getting burned once again.Contains mature themes.