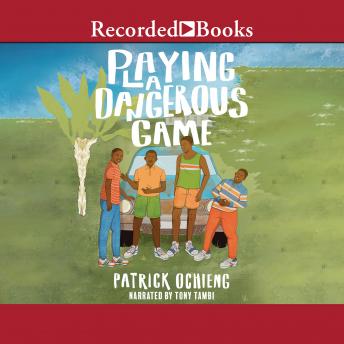 "The further one stays from that evil house, the better." Everyone in Lumush's Nairobi neighborhood knows to stay away from the house on Desai Street. A family died there, and now the place is haunted by strange noises and ghosts in the night. Lumush and his friends, Dado, Mose, and Odush, who spend their free time hanging out by the wreck of an old Zephyr car near the railway yards, begin sneaking into the old house on Desai Street in search of adventure. They soon realize that it's not ghosts they have to fear but Mwachuma, the malevolent owner of the town junkyard who has his own reputation for violence. Meanwhile, Lumush's father gets a promotion at work and Lumush is forced to attend the private (and wealthy) Hill School, where he feels woefully out of place. Seizing every chance to get together, the boys devote themselves to uncovering what Mwachuma is up to at the house. As the boys dig deeper, strange and horrific deaths in town come to light, and they are certain he is behind them. But Mwachuma has a secret to protect at any cost, and when Lumush and his friends are drawn further into the mystery, they face a mounting danger that they may not overcome. With propulsive and sharp storytelling, Patrick Ochieng's rich coming-of-age novel smartly and humorously explores class, friendship, and corruption against the backdrop of 1970s Kenya.