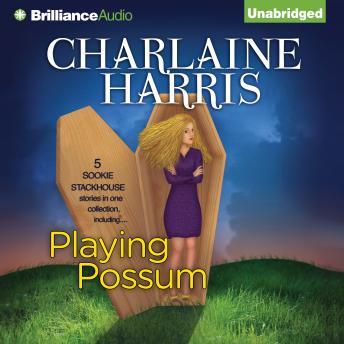 Playing Possum: Sookie Stackhouse brings enough birthday cupcakes for her nephew''s entire class but finds she''s one short when the angry ex-boyfriend of the school secretary shows up.

Dahlia Underground: Venerable vampire Dahlia Lynley-Chivers survives an attack by an anti-vampire terrorist group, only to show them they tried to blow up the wrong bloodsucker.

Two Blondes: Harris dispatches Sookie Stackhouse on a weekend getaway with an errand to a strip club that involves more than Sookie bargained for.

Death by Dahlia: Harris takes vampire Dahlia Lynley-Chivers to a lavish party that turns deadly. And with so many different creatures of the night in attendance, Dahlia will have a hard time identifying the most likely suspect.

If I Had a Hammer: An original story featuring Sookie, JB, Tara and Sam