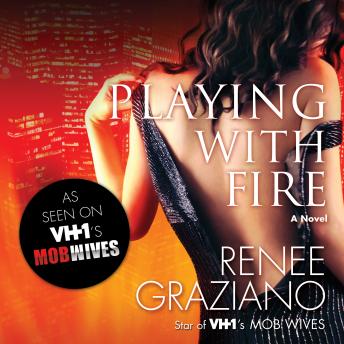 Playing with Fire: A Novel

Reign Grazi is no stranger to dangerous men. Her whole life, they've been there. Grandfathers, uncles, cousins...she knows the difference between people who made the rules and those who broke them. But she has no idea why someone might want her dead.
Nick Fattelli is handsome, sophisticated, and...an assassin. He doesn't know who hired him to take out Reign, but after they meet and sparks fly, he vows to protect her. Unless it's really him they are after...
Thus begins PLAYING WITH FIRE, a sexy thriller by Renee Graziano, star of VH1's hit show Mob Wives.
The author knows this lifestyle firsthand: She is the daughter of one of the most famous mobsters of our day, with an ex-husband now in witness protection, and a trail of 'connected' boyfriends a mile long.

Playing with Fire: A Novel