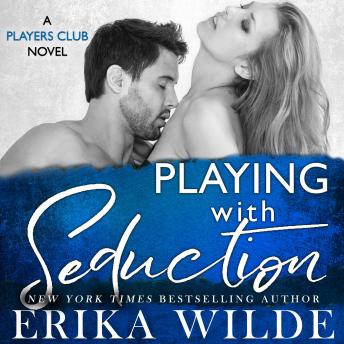 SEDUCTION HAS NEVER BEEN SO SCANDALOUS . . .


Kendall Shaw loves her job as a boudoir photographer. When she enlists hot, gorgeous, 100% alpha male, Jase Burns for a custom photo shoot for a romance novel cover, she quickly discovers that he only took the job to get close to her. But her painful divorce has made her wary of men, and especially one who is eight years younger than she is.


The moment Jase sets his sights on beautiful, sexy Kendall, he wants her. Despite their mutual attraction, she's rejected his every advance. But Jase loves a good challenge, and one steamy, seductive night at The Players Club changes everything between them.


Kendall has never experienced such overwhelming passion, or been pursued so tenaciously. Jase is addicting, in every way, and she soon finds herself falling for a man who doesn't fit into her ideal future.


Can Jase convince Kendall to let go of her past and take a risk on a second chance at love—with him?