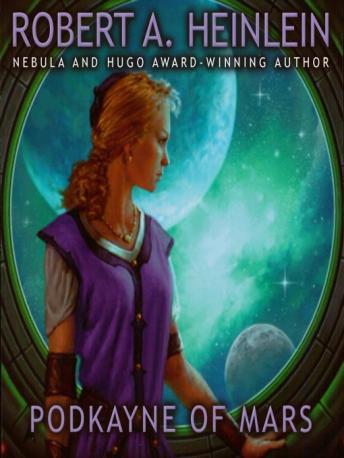 From the author of Friday and Rocketship Galileo comes this classic tale featuring the Grand Master of Science Fiction's most remarkable heroine. Podkayne Fries, a smart and determined maid of Mars, has just one goal in life: to become the first female starship pilot and rise through the ranks to command deep-space explorations. So when she is offered a chance to join her diplomatic uncle on an interstellar journey to distant Earth via Venus, it's a dream come true-even if her only experience with diplomacy is handling her brilliant but pesky younger brother, Clark. But she's about to learn some things about war and peace, because Uncle Tom, the Ambassador Plenipotentiary from Mars to the Three Planets Conference, is traveling not quite incognito enough-and certain parties will stop at nothing to sabotage negotiations between the three worlds...

This title is due for release on May 22, 2008
We'll send you an email as soon as it is available!