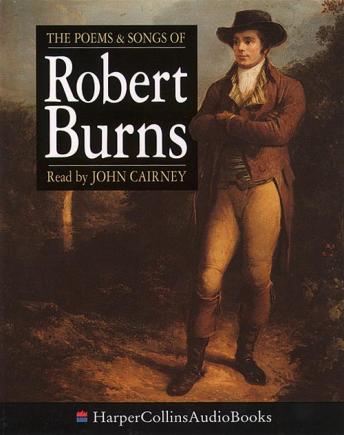 The Poems and Songs of Robert Burns

This specially commissioned recording offers a wide-ranging choice of Burns's songs and lyrical poems; and longer poems such as 'Tam o'Shanter', and 'The Cotter's Saturday Night' are also included in their entirety. All are read by John Cairney, world-famous for his many stage and television performances of the life and work of Scotland's national bard. Lovers of Burns's poetry will find much to enjoy in this selection, which also provides an extensive introduction for those as yet unfamiliar with his work

Poems and Songs of Robert Burns