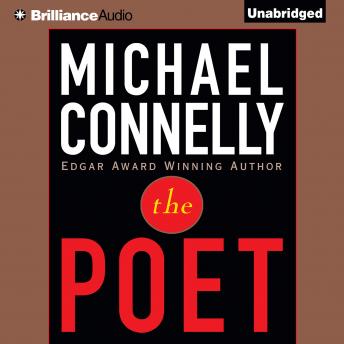 With his four Harry Bosch novels, Michael Connelly joined 'the top rank of a new generation of crime writers' (Los Angeles Times). Now Connelly returns with his most searing thriller yet—a major new departure that recalls the best work of Thomas Harris (Red Dragon, Silence of the Lambs) and James Patterson (Along Came a Spider).Our hero is Jack McEvoy, a Rocky Mountain News crime-beat reporter. As the novel opens, Jack's twin brother, a Denver homicide detective, has just killed himself. Or so it seems. But when Jack begins to investigate the phenomenon of police suicides, a disturbing pattern emerges, and soon suspects that a serial murderer is at work—a devious cop killer who's left a coast-to-coast trail of 'suicide notes' drawn from the poems of Edgar Allan Poe. It's the story of a lifetime—except that 'the Poet' already seems to know that Jack is trailing him.…Here is definitive proof that Michael Connelly is among the best suspense novelist working today.