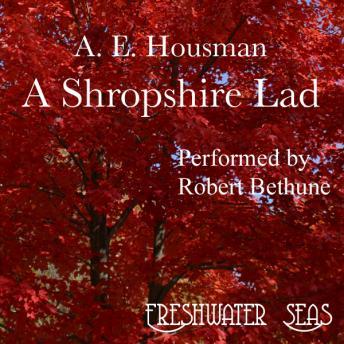 The Poetry of A. E. Housman I: A Shropshire Lad

A Shropshire Lad presents A. E. Housman's reflections on love, death, and the eternal uncertainty of the human condition, placed in an idealized world of rural England, unpolluted by the taint of the city, but still a place where love can fail, evil can come to good people, and human beings can find themselves torn deeply by conflicting desires and feelings. Housman had great faith in his work even when he could not find a publisher and had to bring it out himself. His faith was rewarded. The volume has become a classic of English literature and an inspiration to musicians and composers, who have set many of his poems to music. He was not prolific; his total output consists of this volume and one other (Last Poems), but his achievement places him among the world's great poets.

Poetry of A. E. Housman I: A Shropshire Lad