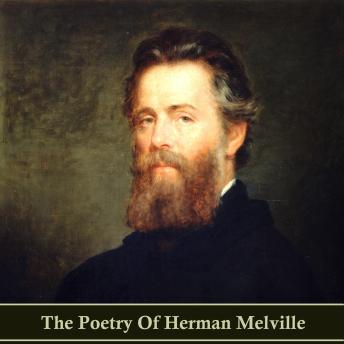 The Poetry of Herman Merville

Herman Melville was born in New York City on August 1st, 1819, the third of eight children. At the age of 7 Melville contracted scarlet fever which was to permanently diminish his eyesight. At this time Melville was described as being "very backwards in speech and somewhat slow in comprehension."His father died when he was 12 leaving the family in very straitened times. Just 14 Melville took a job in a bank paying $150 a year that he obtained via his uncle, Peter Gansevoort, who was one of the directors of the New York State Bank.After a failed stint as a surveyor he signed on to go to sea and travelled across the Atlantic to Liverpool and then on further voyages to the Pacific on adventures which would soon become the architecture of his novels. Whilst travelling he joined a mutiny, was jailed, fell in love with a South Pacific beauty and became known as a figure of opposition to the coercion of native Hawaiians to the Christian religion. He drew from these experiences in his books Typee, Omoo, and White-Jacket. These were published as novels, the first initially in London in 1846.By 1851 his masterpiece, Moby Dick, was ready to be published. It is perhaps, and certainly at the time, one of the most ambitious novels ever written. However, it never sold out its initial print run of 3,000 and Melville’s earnings on this masterpiece were a mere $556.37.In succeeding years his reputation waned and he found life increasingly difficult. His family was growing, now four children, and a stable income was essential. With his finances in a disappointing state Melville took the advice of friends that a change in career was called for. For many others public lecturing had proved very rewarding. From late 1857 to 1860, Melville embarked upon three lecture tours, where he spoke mainly on Roman statuary and sightseeing in Rome. In 1876 he was at last able to publish privately his 16,000 line epic poem Clarel. It was to no avail. The book had an initial printing of 350 copies, but sales failed miserably.On December 31st, 1885 Melville was at last able to retire. His wife had inherited several small legacies and provide them with a reasonable income.Herman Melville, novelist, poet, short story writer and essayist, died at his home on September 28rh 1891 from cardiovascular disease.