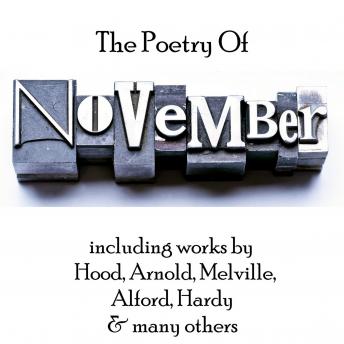 The Poetry of November

November - The eleventh month of the year in the Gregorian calendar; the land becomes bleaker, harsher but no less beautiful for that.