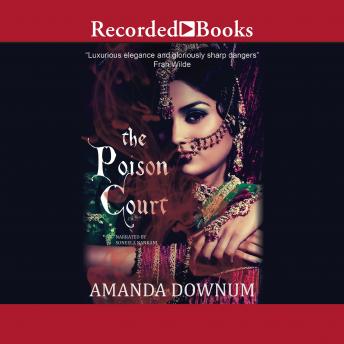 Savedra Severos is no stranger to intrigue. Mistress to the King of Selafai and daughter of a rival noble house, she navigates the treacheries of court with every breath. On the eve of delicate peace talks, the court mage is found murdered. As Savedra investigates, she stumbles further into a web of secrets that enmeshes three kingdoms--entangling spies and sorcerers, lovers and enemies, strangers and kin. Among those secrets are Savedra's own, dangerous enough to destroy her king and her family if they come to light. Traitors walk the palace halls, but the danger is more than political. Spirits prowl the city. Once a force of justice, now they seek only retribution--and they prey on those with blood on their hands. In a court fueled by schemes and secrets, not even Savedra is safe from their venomous touch.