The Politically Incorrect Guide to the Sixties 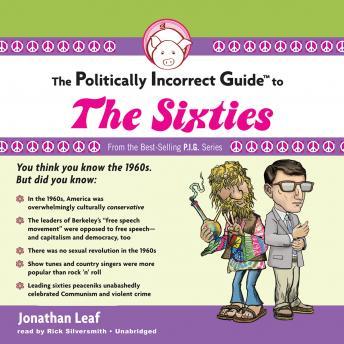 In this blast from the past, critically acclaimed playwright and journalist Jonathan Leaf reveals the politically incorrect truth about one of the most controversial decades in history: the 1960s.
Did you know that the civil rights movement did little to improve the lives of average African Americans or that most Americans actively supported the Vietnam War and the draft? The Politically Incorrect Guide to the Sixties proves the anti–Vietnam War sentiment and free love slogans that supposedly “defined” the decade were just a small part of the leftist counterculture. The mainstream culture was more politically incorrect—but you’ll never hear that from a liberal pundit or read it in a politically correct textbook.

Politically Incorrect Guide to the Sixties