The Politicians and the Egalitarians: The Hidden History of American Politics 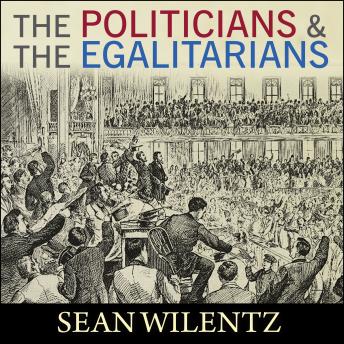 "There are two keys to unlocking the secrets of American politics and American political history." So begins Princeton historian Sean Wilentz's new work of history. First, America is built on an egalitarian tradition. At the nation's founding, Americans believed that extremes of wealth and want would destroy their experiment in republican government. Ever since, that idea has shaped national political conflict and scored major egalitarian victories?from the Civil War and Progressive eras to the New Deal?along the way. Second, partisanship is a permanent fixture in America, and America is the better for it. Every major egalitarian victory in United States history has resulted neither from abandonment of partisan politics nor from social movement protests but from a convergence of protest and politics, and then sharp struggles led by effective party politicians. There is little to be gained from the dream of a post-partisan world. With these two insights Sean Wilentz offers a crystal-clear portrait of American history, told through politicians and egalitarians including Thomas Paine, Abraham Lincoln, and W. E. B. Du Bois?a portrait that runs counter to current political and historical thinking.

Politicians and the Egalitarians: The Hidden History of American Politics