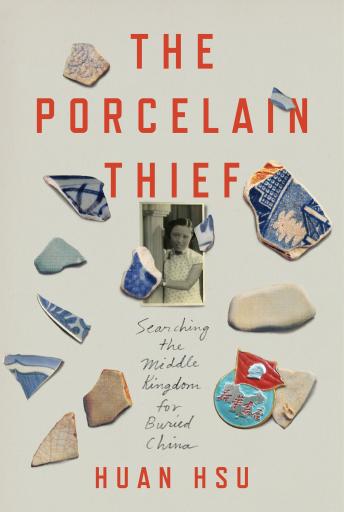 The Porcelain Thief: Searching the Middle Kingdom for Buried China

A journalist travels throughout mainland China and Taiwan in search of his family’s hidden treasure and comes to understand his ancestry as he never has before.

In 1938, when the Japanese arrived in Huan Hsu’s great-great-grandfather Liu’s Yangtze River hometown of Xingang, Liu was forced to bury his valuables, including a vast collection of prized antique porcelain, and undertake a decades-long trek that would splinter the family over thousands of miles. Many years and upheavals later, Hsu, raised in Salt Lake City and armed only with curiosity, moves to China to work in his uncle’s semiconductor chip business. Once there, a conversation with his grandmother, his last living link to dynastic China, ignites a desire to learn more about not only his lost ancestral heirlooms but also porcelain itself. Mastering the language enough to venture into the countryside, Hsu sets out to separate the layers of fact and fiction that have obscured both China and his heritage and finally complete his family’s long march back home.

Melding memoir, travelogue, and social and political history, The Porcelain Thief offers an intimate and unforgettable way to understand the complicated events that have defined China over the past two hundred years and provides a revealing, lively perspective on contemporary Chinese society from the point of view of a Chinese American coming to terms with his hyphenated identity.