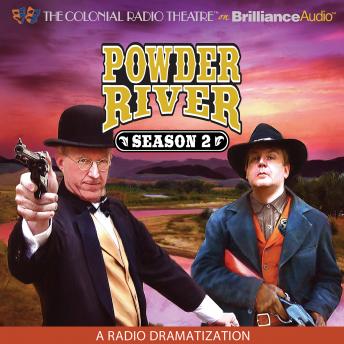 In Season Two of POWDER RIVER, Britt MacMasters has once again put on the badge of United States Marshal and returns to Clearmont, Wyoming after several months away on the trail with his son Chad. There he finds a new Sheriff in town - who doesn't like the idea of a U.S. Marshal living in his jurisdiction but soon calls on the famed Marshal for help when the Sioux attack a stagecoach. A season highlight is a three part episode where General George Custer recruits Chad to scout for him as he heads toward the Little Big Horn, causing Britt to follow in pursuit. Episodes include: New Beginnings, The Overland Stage, Jenny White, War Paint, An Old Friend, Blood on Montana Snow, The Blizzard, Pray I Don't Catch Up, The General, On the Trail of the Big Horn, Son of the Morning Star, The Iron Horse, Ellsworth, Dr. Whitney, Nothing is Forever.