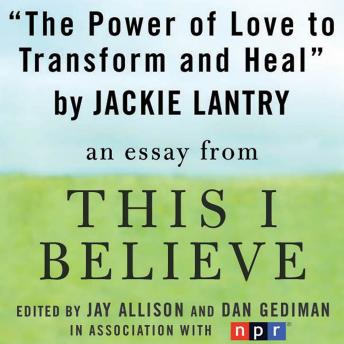 The Power of Love to Transform and Heal: A 'This I Believe' Essay

Jackie Lantry describes meeting her adopted Chinese son for the first time in 'The Power of Love to Transform and to Heal,' her contribution to NPR’s This I Believe series.