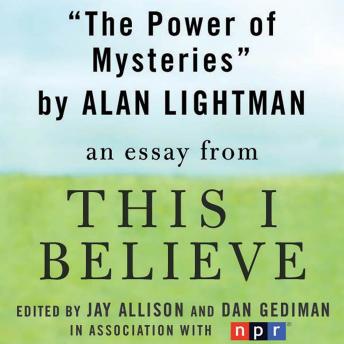 The Power of Mysteries: A 'This I Believe' Essay

Part of This I Believe

Astrophysicist and novelist Alan Lightman explains how the unknown fuels human creativity in 'The Power of Mysteries,' his contribution to NPR's This I Believe series.