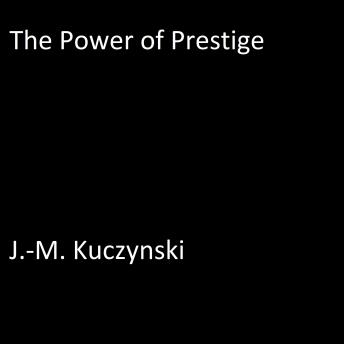 The Power of Prestige

When a given person has the power of prestige behind him, his statements, even when attempts to describe pre-existing facts, are subconsciously taken as commands. When a person who does not have the power of prestige makes statements, those statements are, at best, taken as attempts to describe pre-existing facts or, more likely, as acts of either due submission or undue defiance. Thus, when a professor at a prestigious institution comes up with a crackpot theory, people see merit in it---for, considered, as a command, it does have merit--and when a professor at a no-name institution comes up with a reasonable theory it is either judged according to its merits or dismissed.

This title is due for release on November 11, 2017
We'll send you an email as soon as it is available!