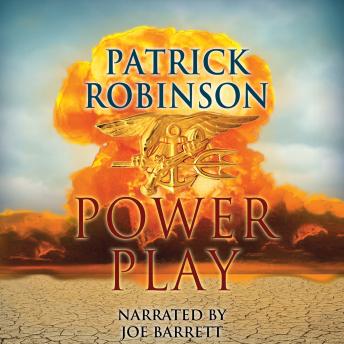 #4 of The Mack Bedford Series

The year is 2018—a highly volatile nuclear world. Israel has obliterated the deep underground nuclear weapons facility built by Iran. The United States has destroyed the nuclear facility of a defiant North Korea. The Russians have upped the stakes in the latest world power-play—cyber warfare—to reduce the United States to helplessness: a three-strike missile attack on the National Security Agency at Fort Mead, Maryland, while simultaneously jamming the top-secret electronic access key to America's nuclear launch system—the nuclear football. If successful, Russia would blow the United States off the nuclear map. Meanwhile the British Royal Navy, formerly the most powerful in the world, is rapidly crumbling, leaving the United States without its main deep sea ally at a time when they're needed most. As this geopolitical battle comes to light behind close doors dealings and dark secrets, it is up to a Mossad spymaster, codenamed The Golan, to avert the Russian scheme, and there is only one man he in turn can trust to get the job done: US Navy Seal Mack Bedford. It's up to Mack Bedford to devise a plan to stop the Russians before they and their cyber weaponry reach the launch site near the Chinese border. And with the entire country's fate in his hands, Mack and his hard-trained, one-of-a-kind SEAL Team 10 must not, cannot fail.

Nice Takes a while to read, but it is well written and starts fast. I t ruly enjoyed the part about Mogan trying to do some fly fishing. ..