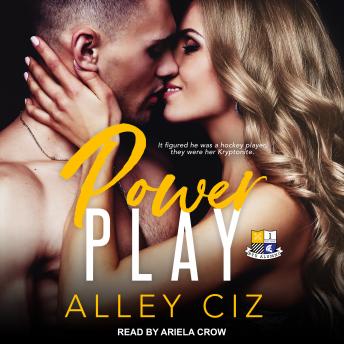 Hockey players are off limits especially . . . if they're on your brothers' team.

The last time Jordan did that, it ended in disaster. It was easy to promise her brothers she'd never date another one of their teammates again. Until she meets Jake. The spark she feels when she spends time with him makes her promise harder and harder to keep. Surely her brothers would understand breaking this promise if it means following her heart. Wouldn't they?

Never sleep with a teammate's sister.

This is the universal rule of athletes everywhere. Until he meets Jordan. As soon as Jake sets eyes on her, he wants her. The goalie's job is to see missed shots and failed opportunities on the ice. This is one shot he's not going to miss, no matter what obstacles get in his way.