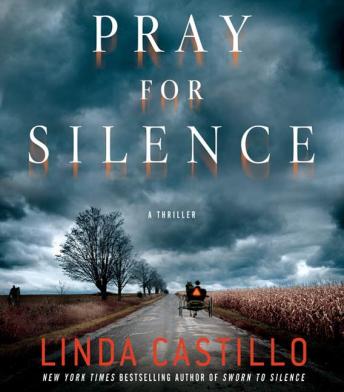 In the quiet town of Painters Mill, an Amish family of seven has been found brutally murdered on their farm. Chief of Police Kate Burkholder and her small force have few clues, no motive, and no suspect. Formerly Amish herself, Kate is no stranger to secrets, but she can't get her mind around the senseless brutality of the crime.

State agent John Tomasseti arrives on the scene to assist. He and Kate worked together on a previous case during which they began a tentative relationship, but each is wary of commitment. The disturbing details of this case will push them to their limits and force them to face demons from their own troubled pasts.

When Kate discovers a diary, she realizes a haunting personal connection to the case. One of the teenage daughters may have been leading a lurid double life. As the case develops, Kate's list of suspects grows. Who is the attractive stranger that stole the heart of the innocent young Amish girl? Did her estranged brother—a man with a violent past who was shunned by his family and the Amish community—come back to seek out revenge? Driven by her own scarred past, Kate swears she'll find the killer and bring him to justice—even if it means putting herself in the line of fire.

Topping her own bestselling debut, Linda Castillo once again immerses readers in the world of the Amish with a chilling story that is both a fast-paced thriller and compelling psychological puzzle.

Another great book and another amazing case for Sherrif Kate Burkholder.

This book was more graphic than it needed to be. Also tired of Kate’s whining about her former Amish life. I really hope the rest of the books aren’t the same way. Many loose ends never tied up. Why??? So we are supposed to believe that this random guy but your two girls for really no reason it was dumb!?

A little predictable. Not as good as previous book. Still an easy book to listen to.

Love this series can't wait for more books to come out