Prayers for the Assassin: A Novel 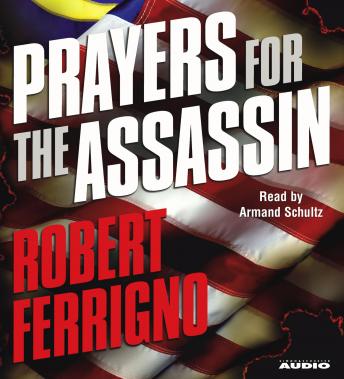 In this “provocative and compelling” (The Seattle Times) thriller set in the future, Islamic and Christian forces battle for the fate of the United States as a young historian discovers the shocking truth about the devastating nuclear attacks that plunged the world into chaos.

2040: New York and Washington, DC are nuclear wastelands. Chicago is the site of a civil war battle. Countless other cities are simply abandoned.

After simultaneous nuke attacks had destroyed several major cities, Israel had been blamed, resulting in a devastating second civil war in the United States. An uneasy truce leaves the nation divided between an Islamic republic with its capital in Seattle and the Christian Bible Belt in the old South. Everything is controlled by the state, paranoia rules, and rebels plot to regain free will.

One of the most courageous is the young historian Sarah Dougan, who uncovers evidence that the nuclear attacks might not have been planned by Israel. If this information is true, it will destabilize the nation. But when Sarah suddenly goes missing, the security chief of the Islamic republic calls upon Rakkim Epps, her lover and a former elite warrior, to find her—no matter the risk.

But as Rakkim searches for Sarah, he is tracked by Darwin, a brilliant psychopathic killer trained in the same secretive unit as Rakkim. To survive, Rakkim must become Darwin’s assassin in a bloody, nerve-racking chase that takes them through the looking-glass world of the Islamic States of America, and culminates dramatically as Rakkim and Sarah battle to expose the truth to the entire world.

“Sharp and wildly entertaining cover to cover” (Chicago Sun-Times), Prayers for the Assassin is an unputdownable political thriller that will keep you guessing until the very last page.

Prayers for the Assassin: A Novel