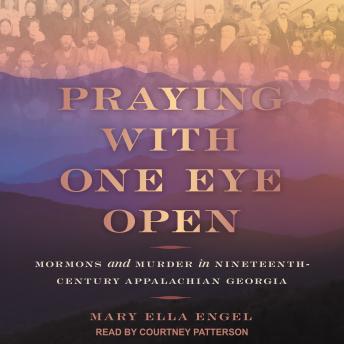 Praying with One Eye Open: Mormons and Murder in Nineteenth-Century Appalachian Georgia

In 1878, Elder Joseph Standing traveled into the Appalachian mountains of North Georgia, seeking converts for the Church of Jesus Christ of Latter-day Saints. Sixteen months later, he was dead, murdered by a group of twelve men. Most accounts of this event have linked Standing's murder to the virulent nineteenth-century anti-Mormonism that also took the life of prophet Joseph Smith and to an enduring southern tradition of extralegal violence.

Historian Mary Ella Engel adopts a different approach, arguing that the mob violence against Standing was a local event, best understood at the local level. Her examination of Standing's murder carefully situates it in the disquiet created by missionaries' successes in the North Georgia community. As Georgia converts typically abandoned the state for Mormon colonies in the West, a disquiet situated within a wider narrative of post-Reconstruction Mormon outmigration to colonies in the West. In this rich context, the murder reveals the complex social relationships that linked North Georgians-families, kin, neighbors, and coreligionists-and illuminates how mob violence attempted to resolve the psychological dissonance and gender anxieties created by Mormon missionaries.