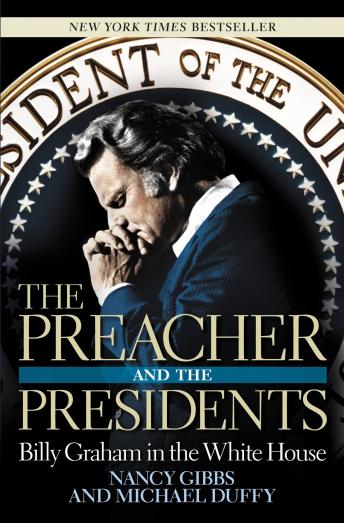 The Preacher and the Presidents: Billy Graham in the White House

No one man or woman has ever been in a position to see the presidents, and the presidency, so intimately, over so many years. They called him in for photo opportunities. They called for comfort. They asked about death and salvation; about sin and forgiveness.

At a time when the nation is increasingly split over the place of religion in public life, THE PREACHER AND THE PRESIDENTS reveals how the world's most powerful men and world's most famous evangelist, Billy Graham, knit faith and politics together.

Preacher and the Presidents: Billy Graham in the White House

This title is due for release on August 10, 2007
We'll send you an email as soon as it is available!