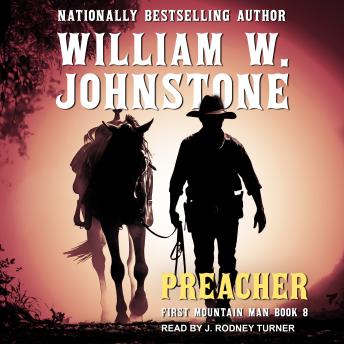 Before the legend of Preacher there was a man, and before the man there was a boy. In this thrilling new novel, William W. Johnstone tells the story of a young man filled with wanderlust and raw courage-who will someday become a hero.

On nothing more than a lark, he leaves his family and begins a journey from Ohio westward. Along the way, he runs up against badlands and bad men, loses his freedom, gains his freedom, and learns the first rule of the frontier: do whatever it takes to survive.

With ruthless enemies after him-both white men and Indians-he'll head for a place as brutal as it is beautiful-the wilderness of the Rocky Mountains. Two years later, he will come back down from the mountaintop with new skills, and a new future as one of the most feared and admired men of his time . . . a man called Preacher.