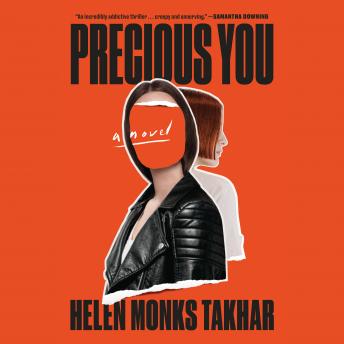 Precious You: A Novel

An obsessive power struggle between an editor and her millennial intern turns dangerous in this debut psychological thriller—for readers of Luckiest Girl Alive and You.

NAMED ONE OF THE BEST BOOKS OF THE YEAR BY KIRKUS REVIEWS • “Hypnotic . . . an addictive thriller.”—People

Trusting you was my first mistake. To Katherine, twenty-four-year-old Lily Lunt is a typical “snowflake.” It seems like the privileged, politically correct millennial will do whatever she can to make it big as a writer, including leveraging her family’s connections. To Lily, Katherine Ross, a career woman in her early forties, is a holdover from another era: clueless, old-fashioned, and perfectly happy to build her success on the backs of her unpaid interns.

When Lily is hired as the new intern at the magazine where Katherine is editor in chief, her arrival threatens the very foundation of the self-serving little world that Katherine has built. She finds herself obsessively drawn to Lily, who seems to be a cruel reminder of the beauty and potential she once had—things Lily uses against Katherine as she slowly begins to undermine her, sabotaging her work and turning the magazine’s new publisher against her. Is Katherine being paranoid? Or is Lily seeking to systematically destroy her life? As Katherine tries to fight back, a toxic generational divide turns explosive and long-buried secrets are exposed—with deadly consequences for both. . . .

Gripping and provocative, Precious You delivers an unsettling, provocative take on the contemporary workplace, turning the professional roles women play on their heads in a razor-sharp, revenge-driven thriller for our age.

Praise for Precious You

“Breathtaking. A brilliant, butt-kicking romp through the Gen X/Millennial clash and the horrors of cutthroat corporate life. I couldn't put it down.”—Alex Marwood, Edgar Award–winning author of The Wicked Girls

“What a wild ride. I’m obsessed with it! I felt so seen, so many times. This book, while so twisted and dark, will resonate with many, many women.”—Laurie Elizabeth Flynn, author of Last Girl Lied To

“An intergenerational clash between two women, played out to a shocking finale. Nail-biting.”—Harriet Tyce, author of Blood Orange