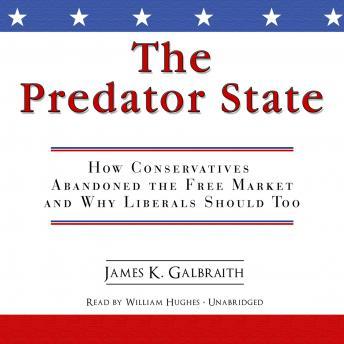 The cult of the free market—with its dogma of tax cuts, small government, and deregulation—has dominated economic policy talk since the Reagan revolution of nearly thirty years ago, seducing even liberals along the way. But a funny thing happened on the bridge to the twenty-first century: the conservatives themselves have abandoned these principles. In this riveting book, Galbraith first dissects the stale remains of Reaganism and shows why George W. Bush had no choice but to dump them. He then explores the true nature of the Bush regime: a “corporate republic” doing the bidding of the oil, military, pharmaceutical, and media industries; a predator state intent not on reducing government, but on diverting public cash into private hands. In The Predator State, Galbraith shows why our real economy is not a free-market economy, and why it requires policies that transcend, not privilege, the market.