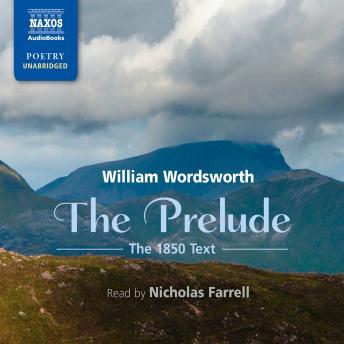 Wordsworth’s Prelude is the consummation of his achievement as the great founder of English romanticism. An autobiography in verse, it tells of his childhood in the Lake District, his student days in Cambridge, his passion for the French Revolution and his later disenchantment with it, and his personal journey to a belief in Nature as the great moral and spiritual force which shapes human life, but on which human society all too often turned its back. Subtitled ‘Growth of a Poet’s Mind’, The Prelude is both a key document in the history of English literature, and an inspiring work of imagination, as fresh and challenging today as when it was written two centuries ago.