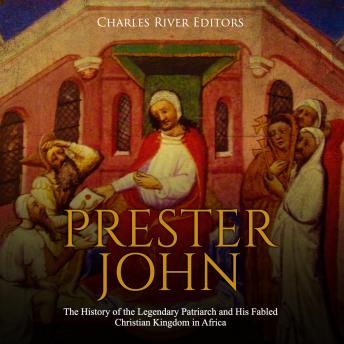 Prester John: The History of the Legendary Patriarch and His Fabled Christian Kingdom in Africa

Portuguese maritime explorers had been gradually probing southwards along the west coast of Africa since the early part of the 15th century, seeding spores of the Portuguese language, religion, and trade interests at numerous points along the way. These journeys were both enterprises in their own right, insofar as trade off the African coast was an end unto itself, as well as an effort to establish Portuguese primacy in the spice trade with India through the discovery of a viable sea route to the east. There was also something of a quasi-religious objective to the undertaking: locating the mythical Kingdom of Prester John, a fabled Christian empire thought to exist somewhere in Africa.
By then, the Europeans had believed in the existence of this Christian kingdom for hundreds of years, making Prester John a fascinating but difficult topic given that his story was entirely one of legend. Given that he was not a real figure, many modern histories either omit him or ignore his story and influence altogether, but as counterintuitive as it may seem, Prester John is important because for over 500 years people thought he was real. As a result, people took very real actions attempting to find them, and they had an impact on the world, as far back as the travels of Marco Polo.
By the 12th century, it was believed that far to the east, beyond the lands controlled by the Muslim armies, lived a powerful Christian king named Prester John in the land of India. While he was a king, he was also a priest ("Prester" means Priest and was supposedly the only title he took). His kingdom was believed to be grand and contained many wonders. Marco Polo looked for Prester John, and the Crusaders wanted to reach out to Prester John. Portugal's Henry the Navigator sent his ships out with explicit instructions of what they should do if they met Prester John, and on his historic voyages, Columbus carried two books, The Travels of Marco Polo and The Travels of Sir John Mandeville, both of which have long passages on Prester John. The very best maps of the era all included Prester John on them as a real person and real place. Prester John even received a glib mention in the work of Shakespeare.
Prester John: The History of the Legendary Patriarch and His Fabled Christian Kingdom in Africa traces the origins of the legend, and how Prester John's story influenced medieval Europe and the world around it. Along with pictures and a bibliography, you will learn about Prester John like never before.

Prester John: The History of the Legendary Patriarch and His Fabled Christian Kingdom in Africa

This title is due for release on March 30, 2019
We'll send you an email as soon as it is available!