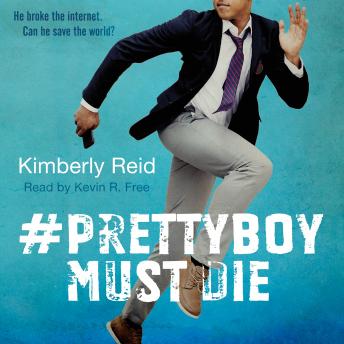 Prettyboy Must Die: A Novel

From beloved YA author Kimberly Reid comes an exciting new audiobook that will speak to young listeners.
A CIA prodigy's cover is blown when he accidentally becomes an internet sensation in #Prettyboy Must Die, a fun, fast thriller inspired by the #Alexfromtarget story.
When Peter Smith's classmate snaps a picture of him during a late night run at the track, Peter thinks he might be in trouble. When she posts that photo-along with the caption, "See the Pretty Boy Run,"-Peter knows he's in trouble. But when hostiles drop through the ceiling of his 6th period Chem Class, Peter's pretty sure his trouble just became a national emergency.
Because he's not really Peter Smith. He's Jake Morrow, former foster-kid turned CIA operative. After a massive screw-up on his first mission, he's on a pity assignment, a dozen hit lists and now, social media, apparently. As #Prettboy, of all freaking things.
His cover's blown, his school's under siege, and if he screws up now, #Prettyboy will become #Deadboy faster than you can say, 'fifteen minutes of fame.' Trapped in a high school with rabid killers and rabid fans, he'll need all his training and then some to save his job, his school and, oh yeah, his life.

Prettyboy Must Die: A Novel