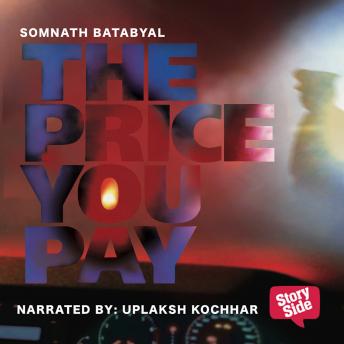 The Price You Pay

When Abhishek Dutta wanders into the offices of The Express, he is just another small-town boy looking for means to survive the big city. Crime reporting in Delhi, however, was never going to be simple. The young man must negotiate a troubled city, its side alleys and six-lane highways, the supermalls and shantytowns, and the cancerous nexus of police, politicians and press. Embroiled in a sensational kidnapping, will Abhishek survive a ruthless megapolis? And what is the price he is willing to pay? Somnath Batabyal's debut novel exposes India's dark underbelly, where common lives are mere pawns in deadly games of power and revenge.

This title is due for release on February 17, 2018
We'll send you an email as soon as it is available!